The steel industry has achieved so far

The steel industry has achieved so far

Based on the special status of the steel industry in national economy and national defense construction, China has always attached great importance to the development of the steel industry since its founding. In three generations of the party and state leadership core, under the correct guidance of under the full support of the people throughout the country, metallurgy front all staff work hard, overcome various difficulties, has made remarkable achievements. Want to know what our steel industry has achieved?

The rapid growth of production has become the world's largest, leaving behind The Times of demand for steel. In 1949, China produced only 158,000 tons of steel, less than half a day's output, ranking 26th in the world. After reform and opening up in 1979 steel production continued rapid growth, more than 100 million tons of mark for the first time in 1996, ranked first, basically meet the need of the national economy on the number, 40 years after the reversed the passive situation. In 1999, it reached 122 million tons, ranking first among all countries in the world for four consecutive years. The proportion of world steel production increased from less than 0.1 percent in 1949 to 15.8 percent.

Metallurgical industry to actively implement the "use of two kinds of resources and capital at home and abroad, the development of" two markets at home and abroad, accelerate the pace of modernization construction, the construction of Shanghai baosteel, tianjin steel tube and so on has the world's advanced level of modern large-scale iron and steel enterprise; At the same time, anshan iron, steel, shougang, baosteel, pangang and other old enterprises have undergone technological transformation. At present, China's metallurgical industry has advanced to around 30% of the world's advanced equipment. There are only about 20 sets of CSP in the world, and China already has 3 sets in zhujiang, hangang and baosteel. Although China's iron and steel enterprise technology level on the whole, lags behind the advanced level, but since the 1990 s, the new large sintering plant, large blast furnaces, steel hot metal pretreatment and refining outside the furnace, continuous casting production line, strip, cold rolled and coatings, cold-rolled silicon steel production line, high speed wire mill, small bar rolling mill, such as part of a large number of enterprise equipment basically reached the international advanced level.

Technological structure, product structure optimization, product quality improved significantly, and increased market share. In 1978, the country's steel output was 35.5% lower than that of China's steel production, which has now fallen below 1%. Mark the cc ratio of the technical level of the integrated iron and steel industry increased from 3.5% in 1978 to 82% now, is close to the world average of 83% (October 2000 cc ratio has exceeded 84%) during the month, is developing towards the direction of high efficient continuous casting. More than 100 at the beginning of the founding of the people of China can only smelting steel and more than 400 specifications of rolling steel, after 50 years of development and construction, now can smelting, including high-temperature alloy, precision alloy, more than 1000 steel grades, more than 40000 varieties specifications of rolling steel. The ratio of board belts is about 42%, up from 32.3% in 1978. The production of thin steel plates with chronic shortages increased from 1.33 million tons in 1978 to 4.05 million tons in 2000, and the self-sufficiency rate reached more than 90 percent. Among them, the domestic market share of petroleum pipe was 70 to 80 percent.

The economic benefit of the industry was improved.

To create an advanced management experience that has an impact on the whole country and promote the improvement of the economic efficiency of the industry. The internal contracting system of shougang in the 1980s made the company a pioneer in the reform of industrial enterprises at that time. Baosteel has created a modern management system of "scientific, efficient and efficient". In the early 1990s, wu gang took the "road of quality and efficiency"; Hangang also created "simulated market accounting, implementation cost rejection" advanced management experience. In recent years, there have been a number of advanced models, such as the "system energy saving and consumption reduction" of jinan iron and steel, the "bid for the standard" and the "turning-out" of the steel and xuan steel. Technological progress and management innovation promote the continuous improvement of economic benefits. Cost rate is about 3% every year, 1999 reached 6%, favorable to absorb the losses caused by the steel prices constantly, make China's steel prices is synchronized with the international market, enhance the competitiveness of the entering WTO in the future. Metallurgical industry achieve profits of 5 billion yuan in 1978, in 1998 reached 19.7 billion yuan, 24.2 billion yuan in 1999, in January 2000 to November has been achieved 35.7 billion yuan, is expected to the year of 40 billion yuan, has created two double the company's success. From the founding of the People's Republic of China to the year 2000, the metallurgical industry accumulated a total of 526 billion yuan in profits, which created a huge material wealth for the country. 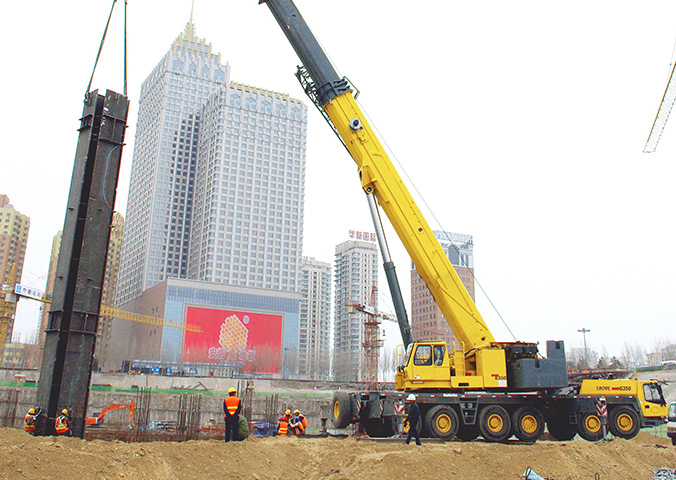 Welcome to leave a message